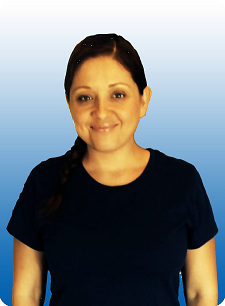 Seeing her husband leave for two deployments and wanting to improve her fitness, Priscilla Hurtado needed a second family to lift her spirits and push her to accomplish her weight-loss goals.

That’s where the Family Y stepped in to be just that – a family.

Priscilla had a sense of the Y, having briefly worked for a YMCA in Texas almost 10 years ago. But, she never experienced the close-knit, family environment the Y provides until she and her two children, Skylar and Eddie, joined the Family YMCA of Greater Augusta.

“Through my husband’s two deployments, the people at the YMCA have been the backbone I’ve needed to get through,” Priscilla said. “I never realized how close people at the Y would be to me.”

Priscilla’s family connection with the Y began when she challenged herself with Zumba classes at the Marshall Family YMCA. Now, 25 pounds lighter, the 41-year-old mom says she feels more like 21 every time she finishes a class.

Zumba also allowed Priscilla to build relationships with other likeminded women who, she says, are now like sisters to her.

The Family YMCA became Priscilla’s extended family while her husband was away fighting for our many freedoms. She gained new “sisters” and achieved her weightloss goals. Her children love the Y as much as she does! For Priscilla, the Y is truly so much more.